For over 30 years, as one of the longest-standing AV companies in WA, the team at Concept AV has been dedicated to providing our customers with the innovative AV solutions they need to CONNECT, INFORM and INSPIRE their audiences.

Our process involves establishing a deep connection with our clients before we get to work. We also understand that a lot of technical information is involved with an AV setup, so we always explain it in terms of practical outcomes to have a clear understanding.

We are confident in our ability to deliver inspiring AV solutions, but we also provide above-and-beyond customer service throughout the entire process.

Let us know what you need and we’ll figure out the best way to make it happen.

Leave your team empowered to use your AV systems to their fullest potential.

We can develop interactive professional and educational presentations.

We offer tailored support packages, so you only pay for the services you need. 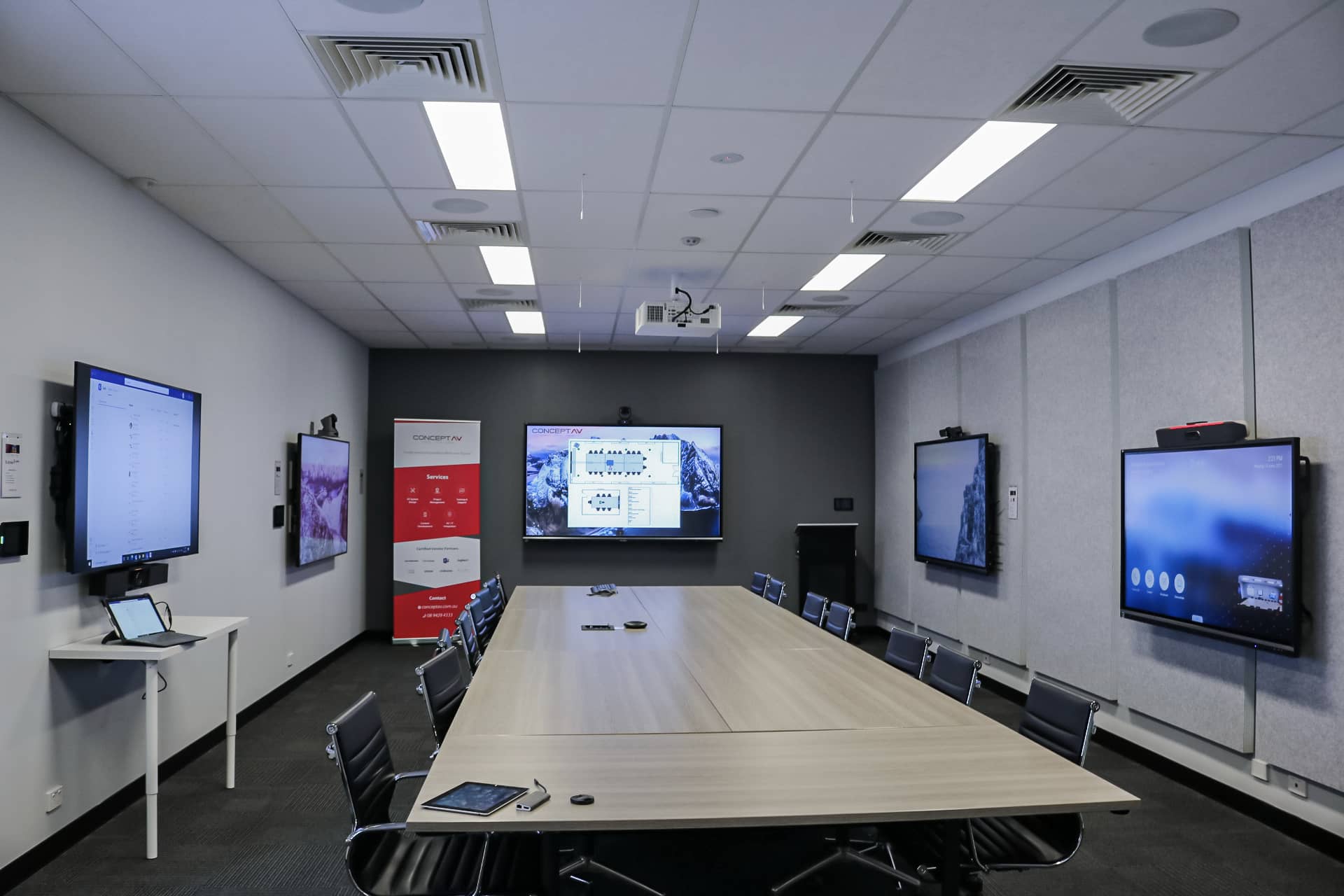 Let Us Know Your AV Needs

Fill in your details using the form and we’ll put you in touch with a dedicated technical consultant who will get to know you and your business needs so we can provide you with the best AV solutions.

Back to Top of the page.